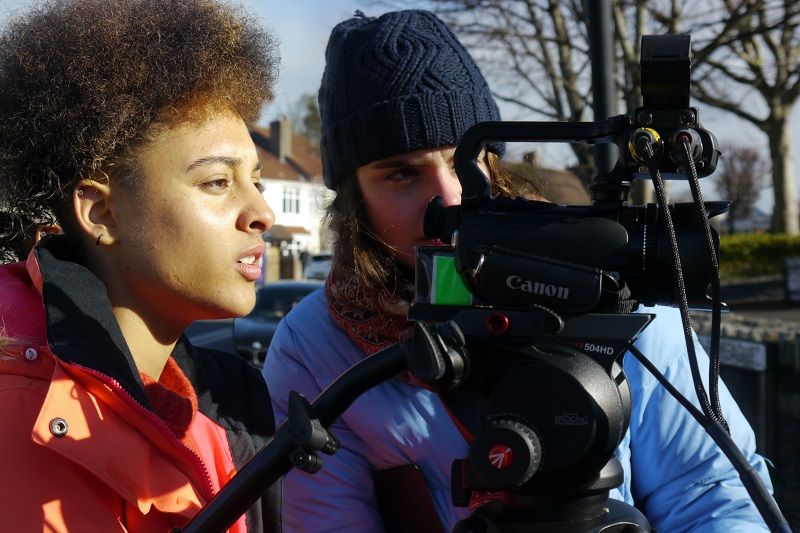 Bristol is an international city, where people speak 91 languages, come from 187 countries and practice at least 45 religions. The creative industries are a significant part of it’s economy, employing around 16,000 people with a growth rate of around 20% per year.

In recent years the number of people living in Bristol who were born outside the UK has doubled to more than 60,000. As the creative sector continues to grow, it’s vital that we address the issue of diversity within our film and TV industry to ensure the workforce properly reflects the communities living here.

This commitment is shared by Bristol City of Film’s UNESCO values, Bristol City Council’s Global Strategy and the BFI’s Diversity Standards. It was a key part of Channel 4’s decision to set up its new Creative Hub in Bristol, which houses the channel’s Creative Diversity department, supporting on and off-screen diversity.

We’re working with the wider cultural sector to address barriers to employment and career progression for people across Bristol’s communities. We champion city projects that tackle the diversity gap, such as the Bristol Culture Standard, Stepping Up Programme, Visualiser apprenticeship programme, Cables & Cameras and ScreenSkills Trainee Finder scheme, and are working to increase awareness of production careers and raise career aspirations from a young age.

In May 2019, with ACH/Himilo partnered with Bristol UNESCO City of Film, Gapsquare and Ujima Radio to discuss tackling the diversity gap in Bristol’s film and screen industry.

“ACH/Himilo initiated the idea because we want refugees to get work in growth sectors like the film and screen industry, not just entry-level jobs as cleaners and security guards. We would like to thank Bristol UNESCO City of Film for making it happen,” says David Jepson, Director, Himilo.

Dr Zara Nanu from Gapsquare shared data on media diversity in Bristol, with representation of BAME at senior levels at 13% and representation of women in senior management roles at 41%, across the BBC, 131 companies and number of freelancers. Freelancers are nearly half of the workforce in this space, and 95% of those are from white backgrounds.

Dr Nanu covered both the positive effect this diversity can have on the profitability of a business, and the dangers in ignoring it, pointing out; “it costs on average £17,000 per employee to deal with employment tribunals when you don’t embrace & work on inclusive practices. It’s time to close the Screen Diversity Gap.”

The event considered diversity in terms of both gender and ethnicity, and covered the practical steps needed to be taken for the private production sector to become more diverse.

David Jepson demonstrated how untapped talent on our doorstep can improve the creative sector and lead to better performance, introducing the work ACH/Himilo and Gapsquare are doing together in offering a package of consultancy and analytical support to help organisations begin a journey to fair and diverse recruitment and retention.

Read more about the event on the ACH website.

Want to find out more about how Bristol City of Film partners are working to address the Screen Diversity Gap and how you could help? Contact us at bristolcityoffilm@bristol.gov.uk