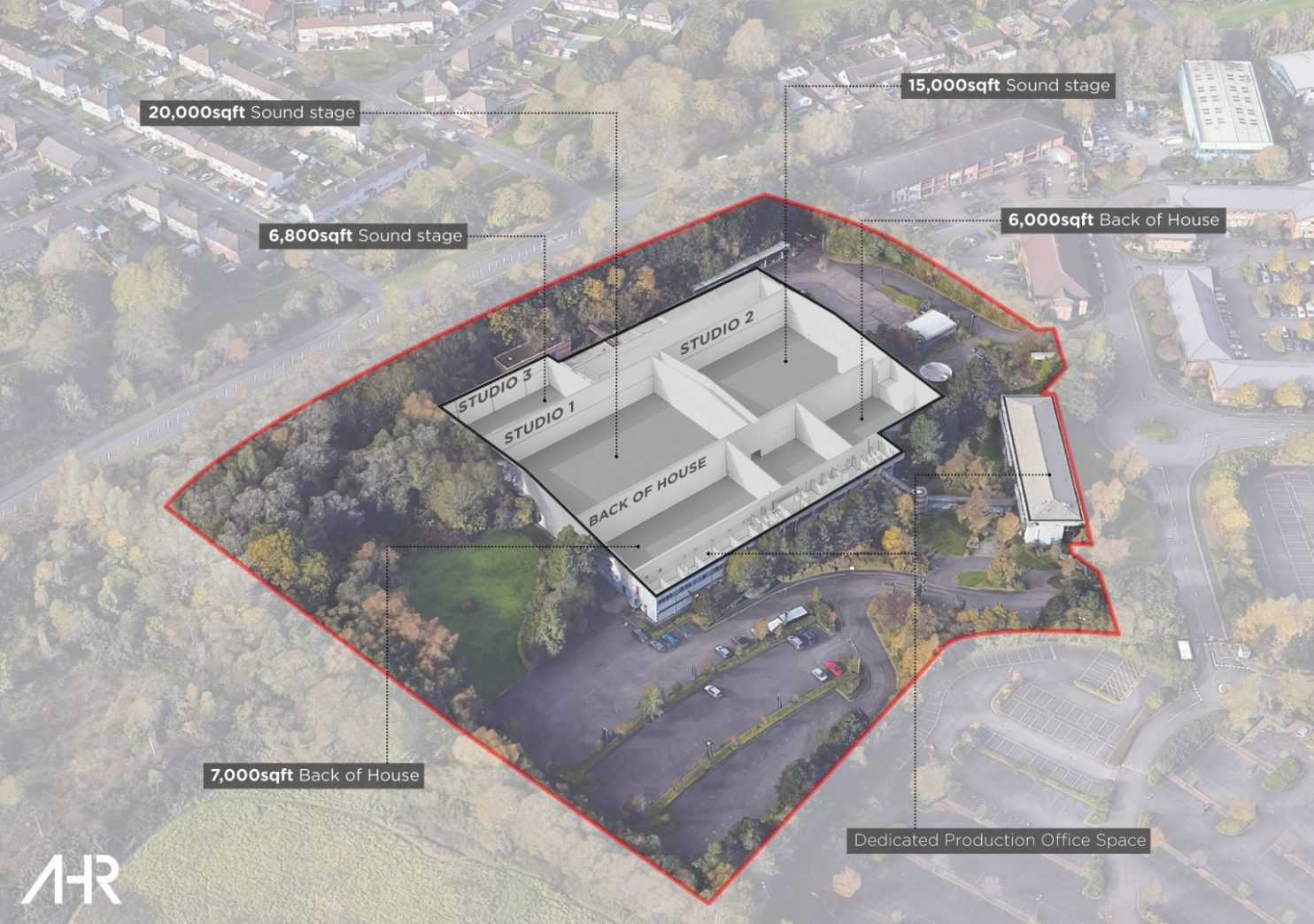 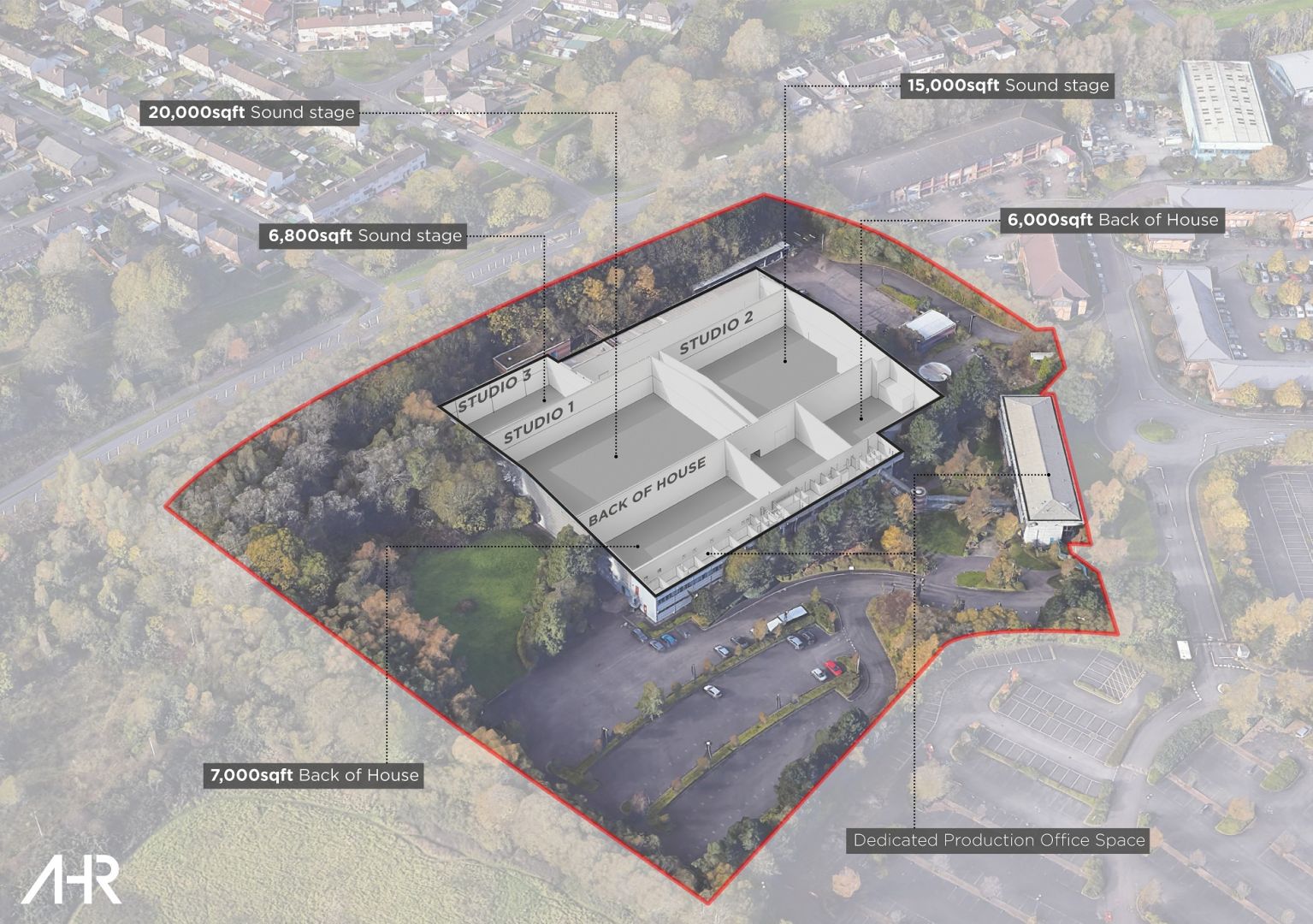 Bristol’s biggest production facility, The Bottle Yard Studios in Hengrove, South Bristol, is set to expand following an investment by the West of England Combined Authority (WECA) that has now been confirmed.

An outline business case submitted to WECA by Bristol City Council for expansion of the Studios into the neighbouring Hawkfield Business Park was approved by the WECA Committee on 29th January, triggering the release of £135,000 to develop a full business case and allocation of a further £11.73 million for the site purchase costs and to enable the works.

The expansion plan includes the conversion of an industrial property located at South Bristol’s Hawkfield Business Park, less than half a mile from the main Bottle Yard site, into three new stages measuring 20,000 sq ft, 15,000 sq ft and 6,800 sq ft, complete with ancillary spaces including production offices, prop stores, costume/makeup areas and break out spaces, totalling approximately 82,000 sq ft (7,600m²) of converted floor space. The proposed works will take the number of sound stages available at The Bottle Yard Studios from eight to 11, whilst improvement work will also be carried out on the existing buildings at the main Bottle Yard site.

The project, which aligns with regional priorities set out in the West of England Local Industrial Strategy and Bristol’s One City Economic Renewal and Recovery Strategy, is intended to maintain and grow film and TV production in Bristol and the West of England. It is estimated that the expansion will create around 1,000 jobs over a ten-year period.

Tim Bowles, Mayor of the West of England, says: “The Bottle Yard Studios is a terrific example of our region’s vibrant creative sector that brings so much joy to people right across the globe. I’m very pleased that as part of our Economic Recovery plan, we can help Bottle Yard Studios with £11.8m to expand and, with support from my team at Invest Bristol and Bath, attract more production companies to the West of England to help showcase the wonderful talent and opportunities we have in our region.”

Marvin Rees, Mayor of Bristol, said: “This decision is another significant investment in South Bristol and is a major boost to our wider regeneration plans, bringing growth and jobs into the area. The demand for screen content is growing worldwide. The expansion of the Bottle Yard Studios means we can harness this growth in the sector and continue Bristol’s success as a creative destination, ensuring local people and the city economy benefit long-term as we plan our recovery from the COVID-19 pandemic.”

“Valuable jobs will be generated for Bristol’s talented crew base, local companies will see an increase in workflow and vital career opportunities for industry entrants from all parts of the city will be created, particularly for those living close to the Studios in South Bristol. All at a time when these opportunities are needed more than ever.”

Bristol and the West of England region have built a strong reputation for its creative sector, which has seen the recent arrivals of both Channel 4 and Netflix, and Bristol being named a UNESCO City of Film.

In the past 15 years, Bristol Film Office has assisted TV & film production worth more than £235 million of inward investment across the region, an average total of £15.8 million per year, and is actively working with WECA’s Invest Bristol & Bath team to attract further production companies and related businesses to the area.

A Bristol City Council initiative, The Bottle Yard Studios is the largest dedicated film and TV studio facility in the West of England region. Since opening in 2010, it has transformed a disused industrial site in South Bristol into a major hub for film and television production.