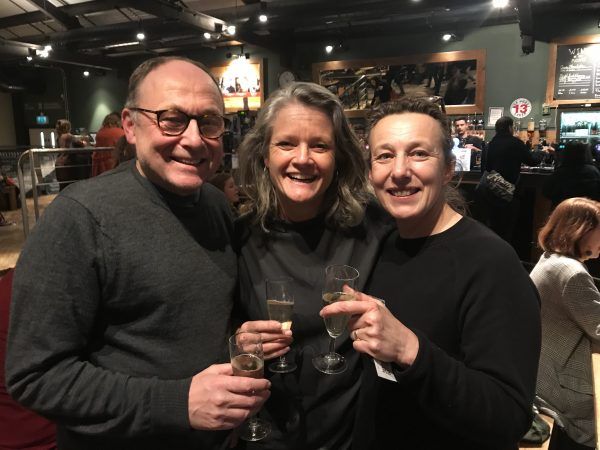 Bristol City of Film is celebrating this week as two films produced by the city’s production companies have picked up a total of three nominations for this year’s British Academy Film Awards (BAFTAs).

Meanwhile, Aardman Animations’ A Shaun the Sheep Movie: Farmageddon is nominated for best Animated Film, alongside other box office hits including Toy Story 4 and Frozen 2. The Academy Award®-winning entertainment studio, which was founded in 1972, has won a total of 14 BAFTAs and four Oscars® for the feature films and shorts made in its Bristol studio over the years.

Bristol City of Film’s Natalie Moore said: “Congratulations to Early Day Films, Aardman Animations and all the talented creative professionals that worked so hard to make these two fantastic films. Having two films produced in the city nominated for this year’s BAFTAs just goes to show the different kinds of filmmaking strengths that we have here in Bristol City of Film, coming from both emerging and established companies. We wish the creative teams behind both films the very best of luck at the BAFTAs next month!”

Mark Cosgrove, Cinema Curator at Watershed, said: “It’s brilliant to see Bristol based production company Early Day Films nominated in not one, but two BAFTA categories. Bait screened at Watershed for nine weeks in total; it proved so popular with audiences that we brought it back for an extra week over Christmas and the New Year. It was our second-best performing film of 2019 with 6,000 admissions, second only to the Oscar®-winning The Favourite. We wish them the best of luck for the awards next month!”

Bait enjoyed huge success on the independent film circuit last year after first catching the eye of critics at Berlin International Film Festival in February 2019. Following its World Premiere at the festival on 9 February, the film has attracted widespread praise, described by Mark Kermode as “a genuine modern masterpiece”.

The arresting tale of change in a picturesque fishing village, which was shot using a 1976 Bolex camera and 16mm Kodak monochrome film stock, has screened at more than 25 film festivals around the world, and made its UK premiere at Edinburgh Film Festival in June 2019. Awards to date include Best British Film (Screen Awards 2019), Breakthrough Producers (Kate Byers and Linn Waite, British Independent Film Awards 2019).

The 73rd British Academy Film Awards will take place on 2 February 2020 at the Royal Albert Hall in London, hosted by Graham Norton.