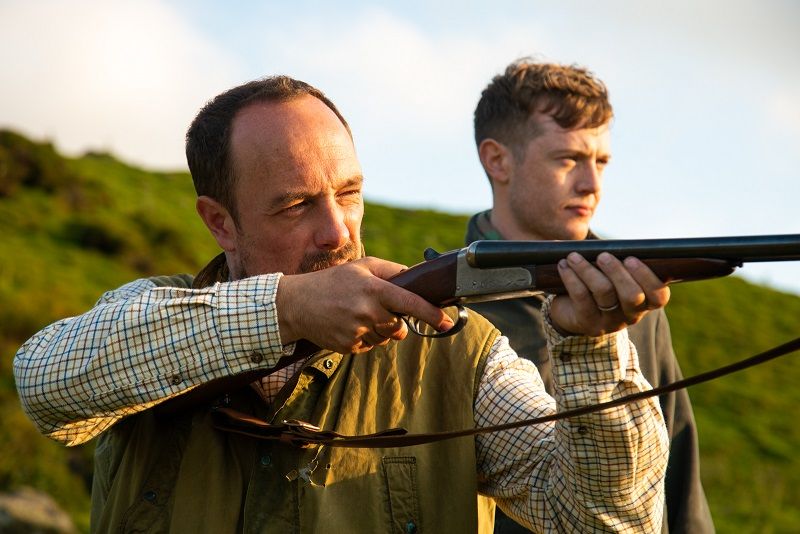 A short film made by Bristol-based writing-directing duo Sophie Mair and Dan Gitsham will make its North American Premiere at leading international festival SXSW in Austin, Texas on Wednesday 17 March at 01:00AM GMT, as part of the ‘Midnight Shorts’ competition programme.

Funded by BFI NETWORK South West, The Thing That Ate The Birds (watch the trailer here) is a rural-set short horror film, made by Mair and Gitsham, co-founders of Sketchbook Pictures through which they have been collaborating in the world of genre since 2007.

It is produced by Jude Goldrei of Lunar Lander Films (hailing from Sheffield), and Rebecca Wolff of Grasp the Nettle Films (based between Devon and London) whose respective production companies were named in Creative England’s top ‘CE50’ companies in 2019.

In a unique approach to the horror genre, the team describes the concept for The Thing That Ate The Birds as having evolved from “a response to the distrust and cruelty that seems to characterise the rise of far-right politics, embodied through leading man Abel’s [Eoin Slattery] confrontation with the unknown amongst the grouse moor he considers his home.”

The film, which was shot in the Yorkshire Dales, was made possible by BFI NETWORK’s Short Film Fund which provided funding, supported script development and facilitated live table readings with actors, and now continues to provide ongoing support by celebrating The Thing That Ate the Birds’ festival success.

“The BFI NETWORK have been dream creative partners and really supportive in the making of ‘The Thing That Ate The Birds’,” says Sophie Mair. “We feel incredibly lucky and encouraged by the experience. They have offered us so much guidance and their involvement, along with our co-financier ALTER, has helped us to entice fantastic cast, crew, and other collaborators to the film, as well as helping us attract interest from festival programmers and press.”

Completing postproduction on The Thing That Ate the Birds and finding ways to share it with audiences against the backdrop of COVID-19 and a changing festival scene has been challenging.

“We were near the finishing line when the pandemic hit so our final mix and grade was finished remotely,” says Dan. “It was a difficult process, but the team worked really hard to finish the film. Doing post remotely was challenging as it was at the beginning of the pandemic so there were a lot of logistics to work out and it’s harder not being in the room together. The team were brilliant, and actually there may be some useful learnings about which bits of post can be done just as well remotely! Which may help all of us in the future in terms of collaborating across different regions of the UK and internationally.” 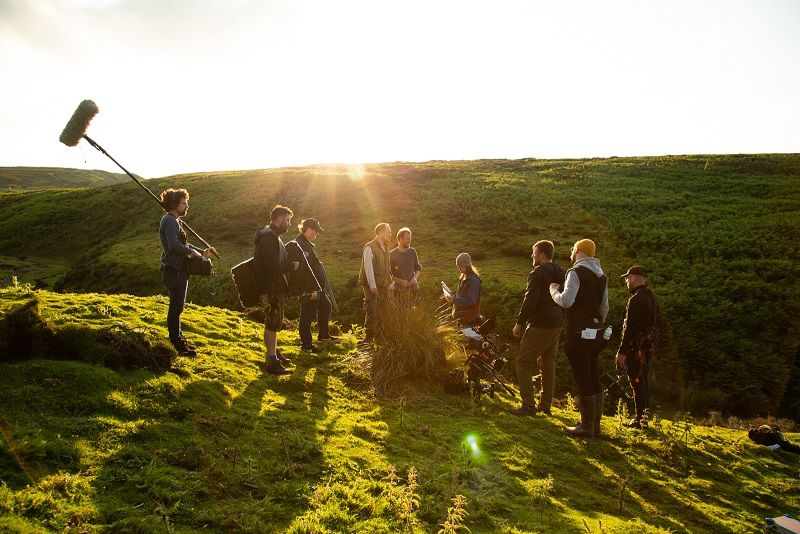 The shared experience and buzz of film festivals, once experienced inside a cinema, has transferred to the internet as the COVID-19 pandemic continues. This allows more filmmaking teams to attend and access many more festivals. Beyond SXSW, The Thing That Ate the Birds has also had screenings at London Short Film Festival, Finland’s Tampere Film Festival, and Manchester International Film Festival.

Sophie says: “We opened at the London Short Film Festival in January and had a virtual premiere with the cast and crew in the comfort of our own homes which was a lot of fun. Whilst we’re naturally gutted to not be able to attend these amazing festivals in person and screen our film with a live audience on the big screen, we’re just as excited in terms of the film being selected, and there is still very much a feeling of being in it together at these international film festivals.

“We hope at some point we’ll get to see the film in a cinema with an audience. For now, though we take pleasure in the fact that at least our film is having a jet-setting whale of a time, even though we’re stuck at home… We hope it’s enjoying itself!

The Thing That Ate The Birds will screen Wednesday 17 March 2021 at 01:00AM GMT, available to watch via the SXSW website here. (Please note, purchase of a whole festival pass is required).

Stay up to date with film news and festival announcements about The Thing That Ate The Birds and Sketchbook Pictures’ other productions, by following these socials:

Applications for the next round of BFI NETWORK Short Film Funding opens in April. Keep an eye on their socials, and sign up for their newsletter for the latest updates.