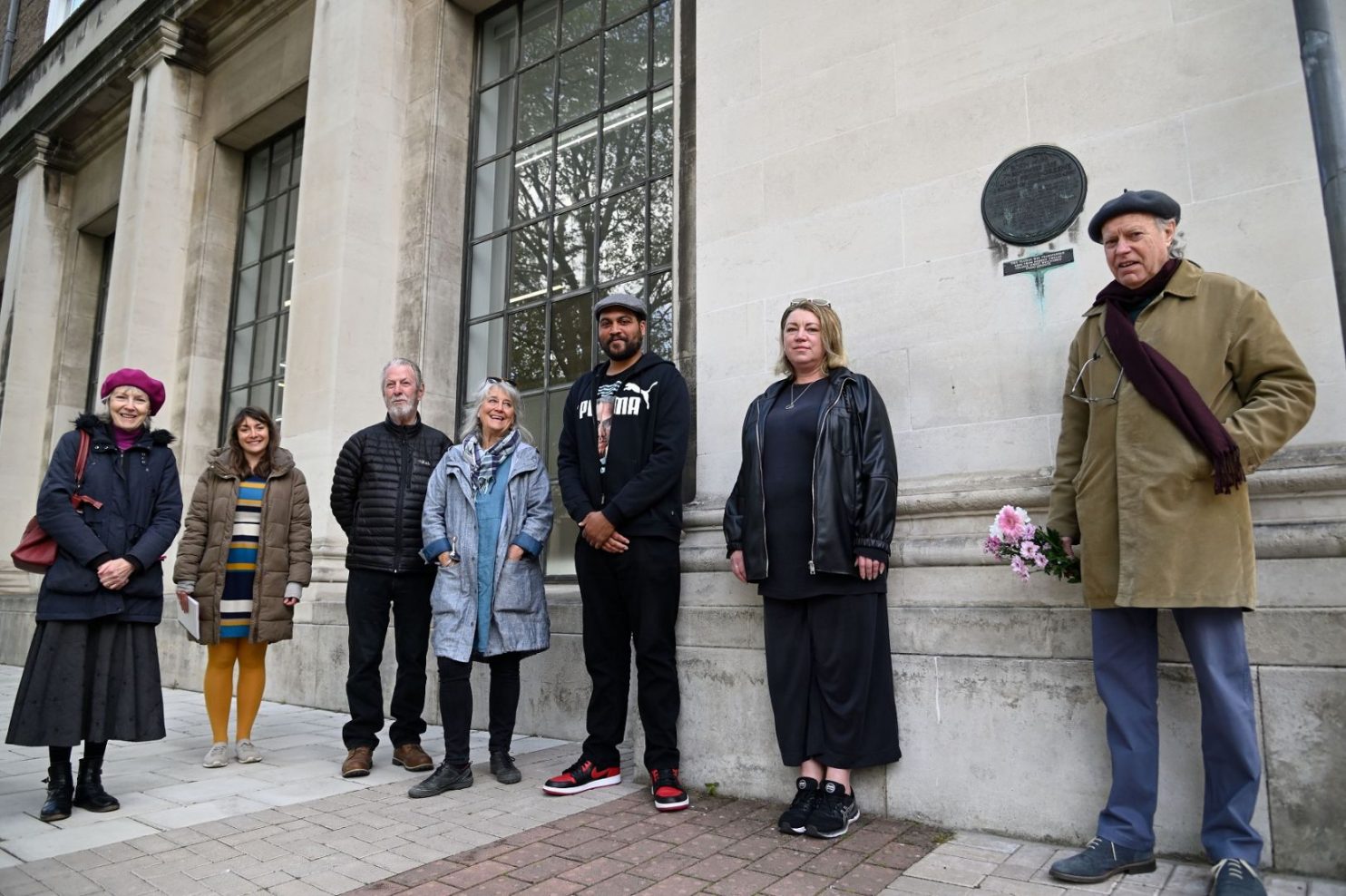 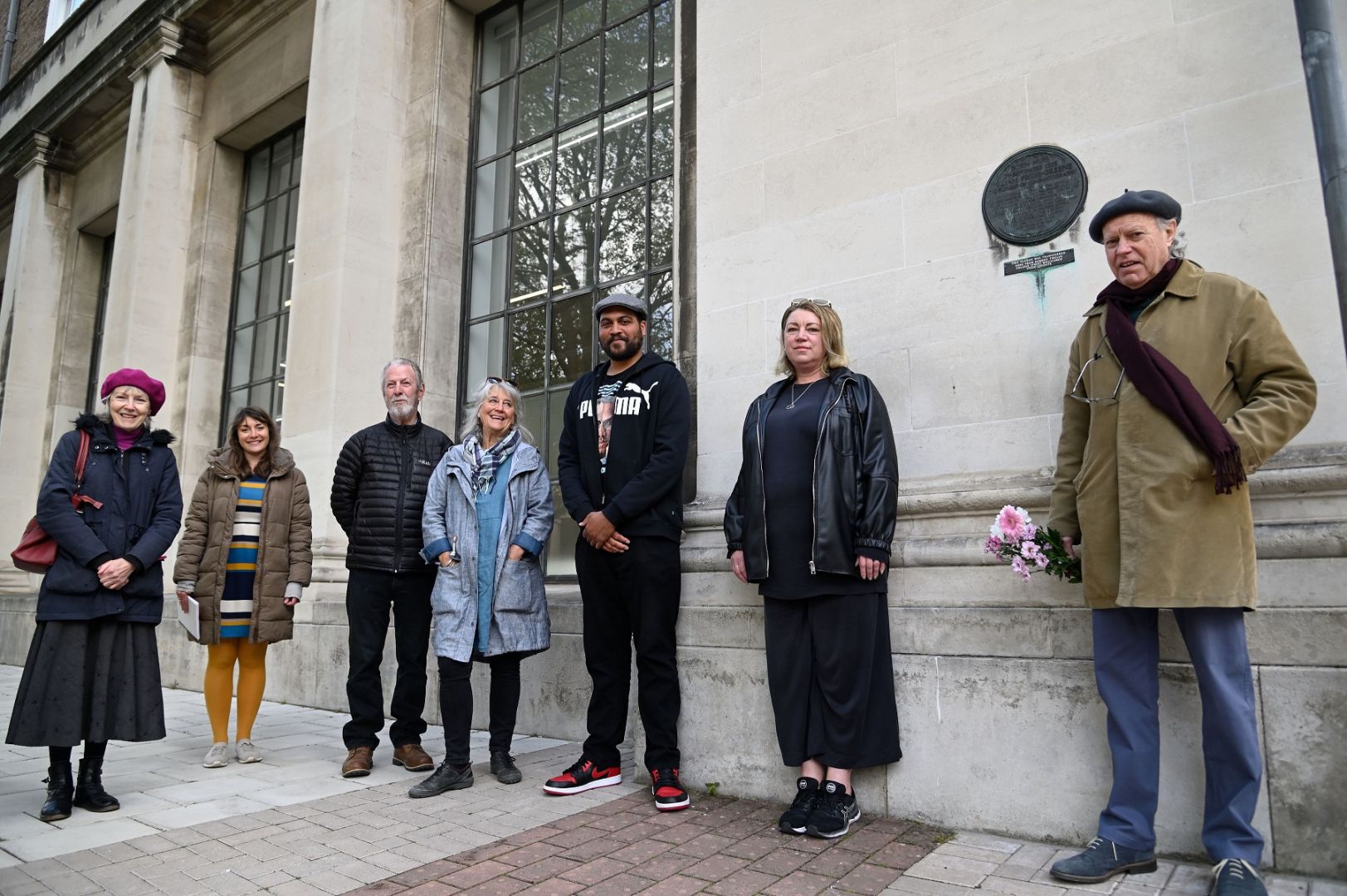 Members from Bristol’s film community gathered yesterday in remembrance of Bristolian motion-picture pioneer William Friese-Greene, on the 100th anniversary of his death on 5 May 1921.

A socially-distanced gathering took place as part of Bristol Film 2021, the year-long programme launched by Bristol Ideas and Bristol UNESCO City of Film last month to mark the centenary of the inventor’s death and raise awareness of the city’s thriving film and moving image sector today. It was held at City Hall at the plaque which was originally placed on his former home at 12 College Street in 1955 to mark the centenary of his birth and relocated after the house was demolished.

Those present included John Winstone from the Reece Winstone Archives (picture above, far right), who was present at the original installation of the plaque in 1955 and was instrumental in getting it placed there.

Dr Michael Pritchard FRPS, Director of Education and Public Affairs at The Royal Photographic Society, of which Friese-Greene was a member, says: “William Friese-Green joined the Royal Photographic Society in 1885 as his experiments in cinematography were taking shape. It is particularly appropriate for Bristol, as one of the UK’s centres of film production, and now the home of the RPS, to be commemorating one of its most illustrious citizens in this centenary year of his death.”

A special online event entitled Who Was William Friese-Greene and What Did He Do? is available to watch from today on the Bristol Ideas website, featuring historian and leading Friese-Greene expert Peter Domankiewicz. He is in conversation with Bristol Ideas director Andrew Kelly, talking about Friese-Greene’s impact and legacy.

Domankiewicz explores Friese-Greene’s development of photography and the moving image, his progressive support for women photographers, the many commemorative plaques to him and their significance and his endless optimism despite setbacks and bankruptcies. He also discusses ‘The Magic Box’, John Boulting’s 1951 film based on Friese-Greene’s life and work, which director Martin Scorsese said “…created the biggest impression on me about film and about filmmaking – the one [film] that prompted me to say, maybe you could do this yourself.”

Read Cinema Paradiso’s article 10 Films to Watch if You Like The Magic Box by film critic and historian David Parkinson for more films in a similar genre.

We’re pleased to have heard from Friese-Greene’s descendant David, who sent us this message of thanks.