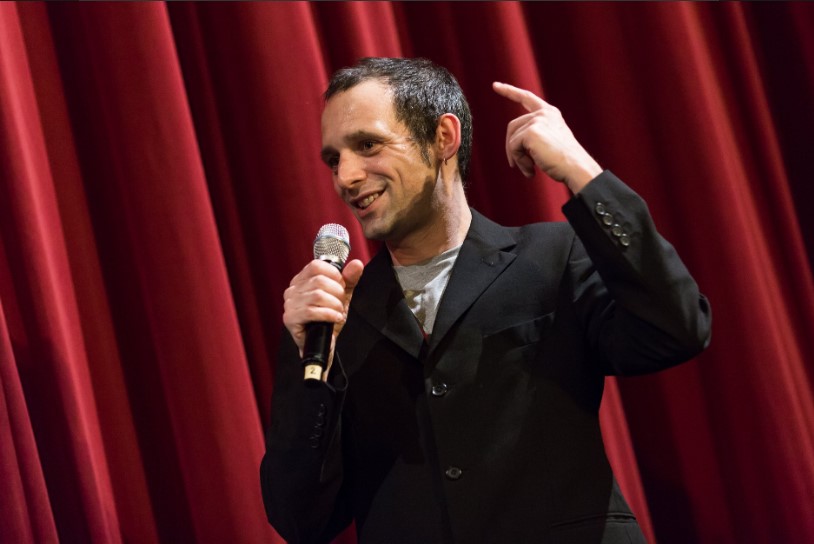 Shorts and features from new and emerging Bristol talent are generating a buzz with critics and audiences, in the UK and further afield. Here are a few recent successes.

BAIT (dir. Mark Jenkin)
Directed by Mark Jenkin (pictured) and produced by Bristol company Early Day Films, Bait was the only UK film selected for the 2019 Berlinale Forum, the section of Berlin International Film Festival devoted to experimental and documentary filmmakers. Following its World Premiere on 9 February 2019, Bait has been described by The Guardian as “intriguing for its distinct visual style”, by Screen Daily as “ravishing cinema” and by The Hollywood Reporter as “one of the most original and stylistically bold films to world premiere in Berlin.”

The arresting tale of change in a Cornish fishing village, shot using a 1976 Bolex camera and 16mm Kodak monochrome film, went on to screen at a host of festivals including Austria, Italy, Istanbul, New York and Portugal, and to be picked up by BFI Distribution for UK theatrical release  Mark Cosgrove, Cinema Curator at Watershed, said: “It’s an exciting phenomenon when festival buzz develops around a particular film. I was thrilled to be in Berlin to see international attention in Bait explode following its first successful screening. It’s brilliant for Bristol-based Early Day Films to have this deserved success and a great reminder to the global film community of the filmmaking strengths in the South West.”

The installation is developed from Hoostory, a compilation created by Lawrence in 2007 to tell the true story of the African diaspora and commemorate the achievements of the brave individuals who fought for the abolition of slavery, moving right up to the present day to include the election of Bristol Mayor Marvin Rees and appointment of Lord Lieutenant Peaches Golding OBE.  Lawrence’s poetry will be intertwined with the imagery of key pivotal characters who blazed a trail battling adversity and laid the foundations for the futures we all share as a result.

Visit the Watershed website to hear from Lawrence and Michael about developing CARGO as part of their Pervasive Media Studio talent residency.

Spoken and directed by Bristol born filmmaker Mikael Techane, Boys Like Us is the response to Mikael’s experiences, thoughts and feelings, shedding light on issues surrounding his identity combined with the experiences of others he holds dear. The short film has garnered widespread praise in Bristol and was selected to screen on 5 April at Late at Tate Britain, an event exploring film making, photography and social documentary.