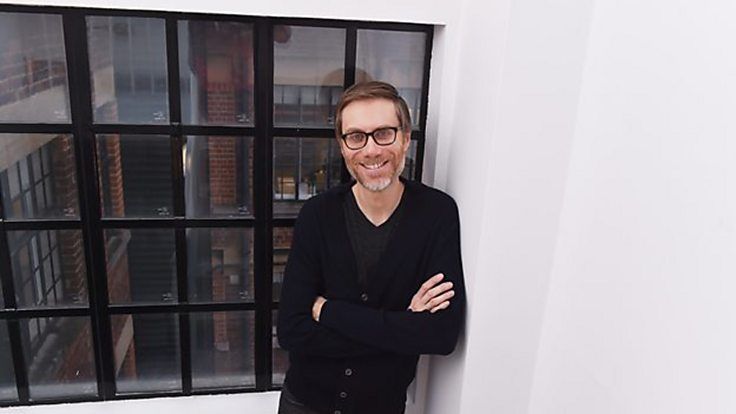 It has been confirmed that Oscar and BAFTA-winning Hollywood actor Christopher Walken is among the cast of Stephen Merchant’s The Offenders, which is currently filming at The Bottle Yard Studios and locations across Bristol, with assistance from Bristol Film Office.

The series follows seven strangers from different walks of life forced together to complete a Community Payback sentence in Bristol. As they become involved in each other’s lives, they also become involved with a dangerous criminal gang.

At first, the Offenders seem like archetypes easy to pigeonhole, but gradually we see behind their façades, understand their hidden depths and what made them the people they are today. We are reminded that no one is all good or all bad. Everyone has a story.

Stephen Merchant says: “Like so many other productions, we’d just begun filming when Covid-19 struck and we had to shut down. I’m delighted that we’re now finally able to resume filming with this incredible cast and finish this long-standing passion project. This is the first series I’ve made in my hometown of Bristol and I’m so excited to showcase the city and utilise the amazing local talent.”

As the production is taking place during the current Covid-19 pandemic, additional controls are being implemented by the production team. Big Talk and Four Eyes are committed to creating a safe working space and have developed comprehensive protocols in accordance with current government guidelines to ensure that the series is produced in a safe and responsible manner. Production have worked closely with the BBC and Amazon Prime Video to develop the detailed Covid-19 protocol policy, implementing various safety measures and testing to keep the cast, crew and public safe.

These include; a designated Covid-19 supervisor on set to look after the production’s safety precautions and efforts. Using local crew and supporting artists where possible. Soft isolation for all cast (two weeks prior to their first day on shooting). Twice weekly PCR testing for all those working within Close Contact Cohorts. Split departments into smaller cohorts (e.g. two make up trailers with separate teams working apart from one another). Ensuring all crew are working two metres apart from each other, wearing a face mask at all times and providing wash and sanitisation facilities in all workspaces. A strict zonal system (Zone 1, 2 & 3) – limiting the number of people within the set (both within the studio and on location). Finally, continuing to monitor ongoing changes to the government guidelines on any travel implications in regards to the re-introduction of the tier system.

The series is a co-production between BBC One and Amazon Studios. The series was commissioned by BBC Comedy and BBC One, produced by Big Talk (Mum, Friday Night Dinner, Defending the Guilty) with Stephen Merchant’s Four Eyes. Big Talk is part of ITV Studios.

The series will premiere on BBC One and BBC iPlayer in the UK and on Amazon Prime Video in the United States, Canada and Australia.

The series is created by Stephen Merchant and Elgin James. Executive Producers are Stephen Merchant for Four Eyes, Luke Alkin Kenton Allen and Matthew Justice for Big Talk, and Kate Daughton is the Commissioning Editor for the BBC.