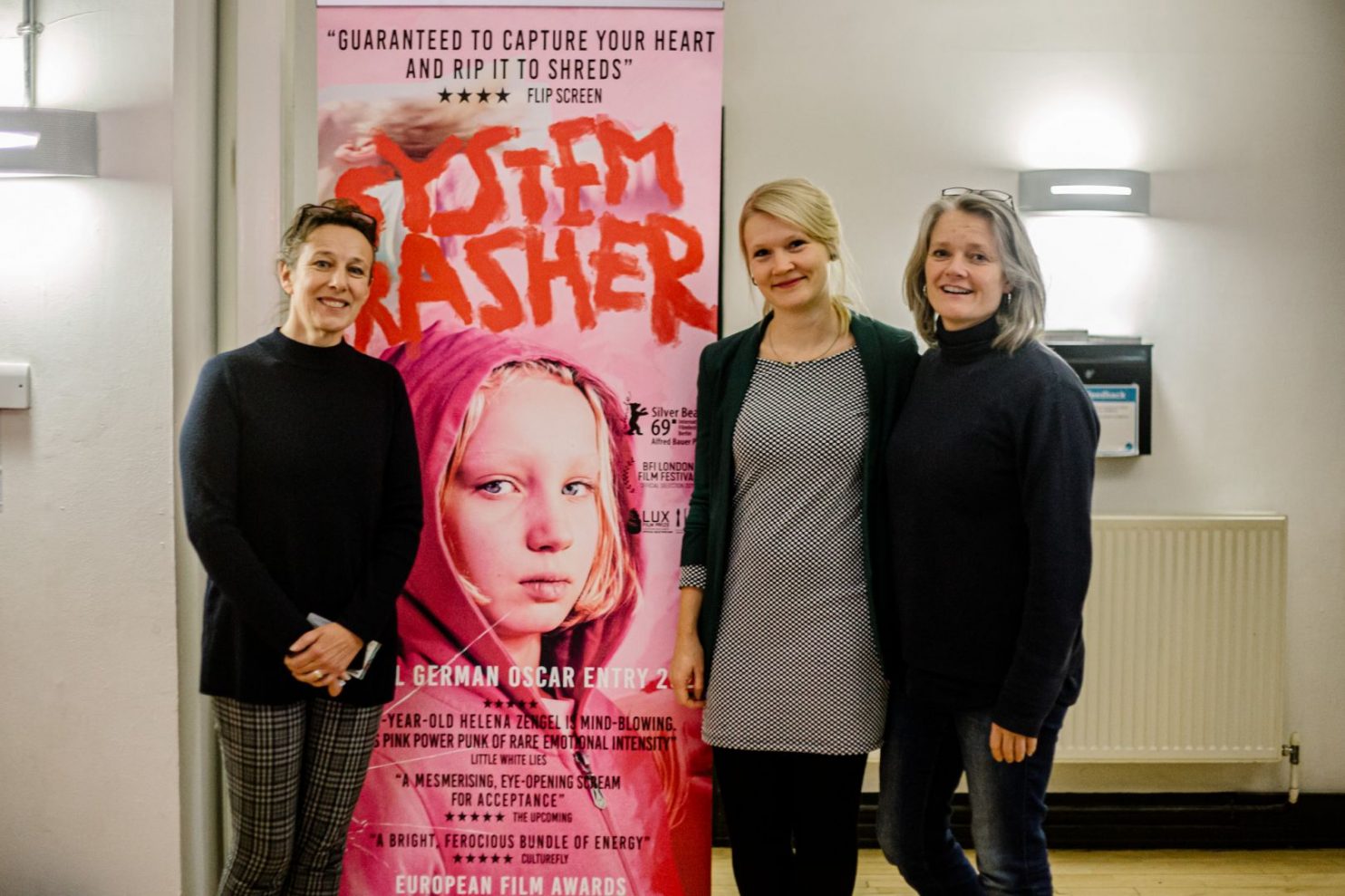 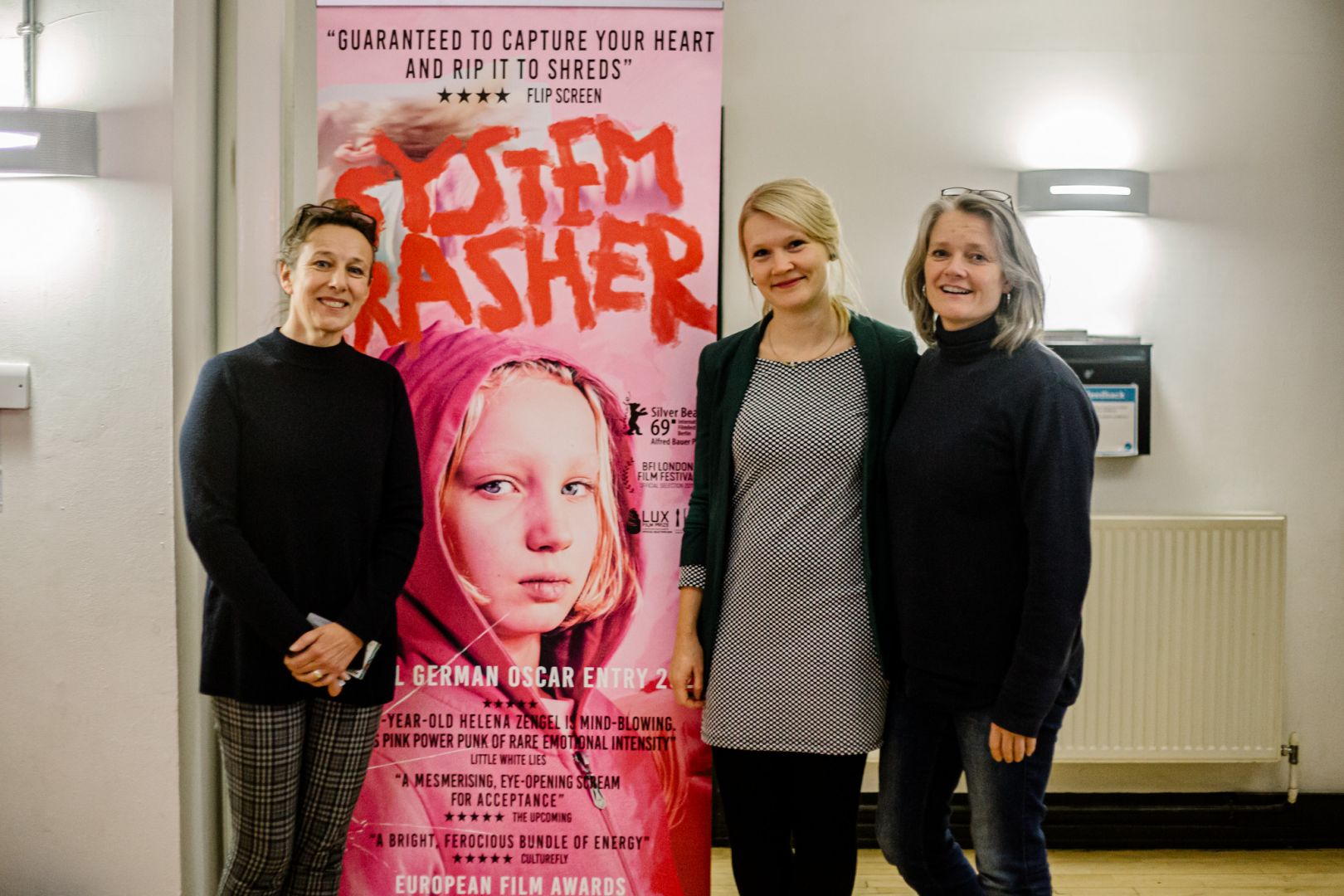 Watershed was one of only two cinemas in the UK to host this year’s edition of European Cinema Night with last night’s special free preview of the German arthouse hit System Crasher followed by a Q&A with the film’s producer Frauke Kolbmüller.

The special screening of the MEDIA-supported title System Crasher was presented in partnership with its UK distributor, South West-based 606 Distribution and Bristol UNESCO City of Film.

Now in its second year, European Cinema Night is a unique event which celebrates the richness of European film culture by screening MEDIA-supported films in 54 cities, reaching more than 14,500 people. Guests on the evening included System Crasher producer Frauke Kolbmüller and leading figures from Bristol’s film production industry including Kate Byers and Linn Waite, producers of the South West hit Bait, who won the award for Breakthrough Producer at the British Independent Film Awards earlier this week. Bait screened at Watershed for an astounding eight weeks earlier this year and returns on Fri 27 Dec with a selection of 35mm screenings.

The debut feature from German director Nora Fingscheidt, System Crasher is a powerful drama about a troubled nine year-old girl caught in an overstretched social welfare system. Driven by a powerhouse performance from Helena Zengel as the young Benni, the film was a highlight of the Berlin International Film Festival in February this year, winning the Silver Bear Alfred Bauer prize which recognises films that “opens new perspectives on cinematic art”.

In a Q&A following the screening of the powerful film, Producer Frauke Kolbmüller described the phenomenon of System Crasher in German cinemas since it won the Silver Bear at this year’s Berlinale, and described writer/director Nora Fingscheidt’s process of crafting the story of “Benni” and casting the outstanding lead actress, Helen Zengel. Pat Kelman, Head of 606 Distribution, recounted that watching an eight minute clip of the film was enough for him to know that he wanted to release it in the UK.

Mark Cosgrove, Cinema Curator, Watershed said: “It was a privilege to be invited to be part of the European Cinema Night celebrations. Showcasing the richness of European and world cinema is in our DNA so being able to bring a preview of the award winning German film System Crasher to Bristol audiences felt very special. Also, having the opportunity to connect the film’s producer Frauke Kolbmüller with Bristol and the South West filmmaking talent to share film industry experiences was a real highlight.”

Bristol UNESCO City of Film Coordinator Natalie Moore said: “Independent films like System Crasher and Bait make up a tiny proportion of films released in UK cinemas each year, yet the impact they can have on audiences is immeasurable. It was a real treat to host European Cinema Night in Bristol and to welcome Frauke to share details about the journey the filmmaking team have been on. System Crasher sheds light on one of the toughest social issues we face; children in care and the challenges of the systems that are set up to protect them. Bristol audiences are fantastic at getting behind unique stories that are expertly told; I’m confident this film will get the great response it deserves when it is released in the UK next year.”

System Crasher will be released in the UK in March 2020.