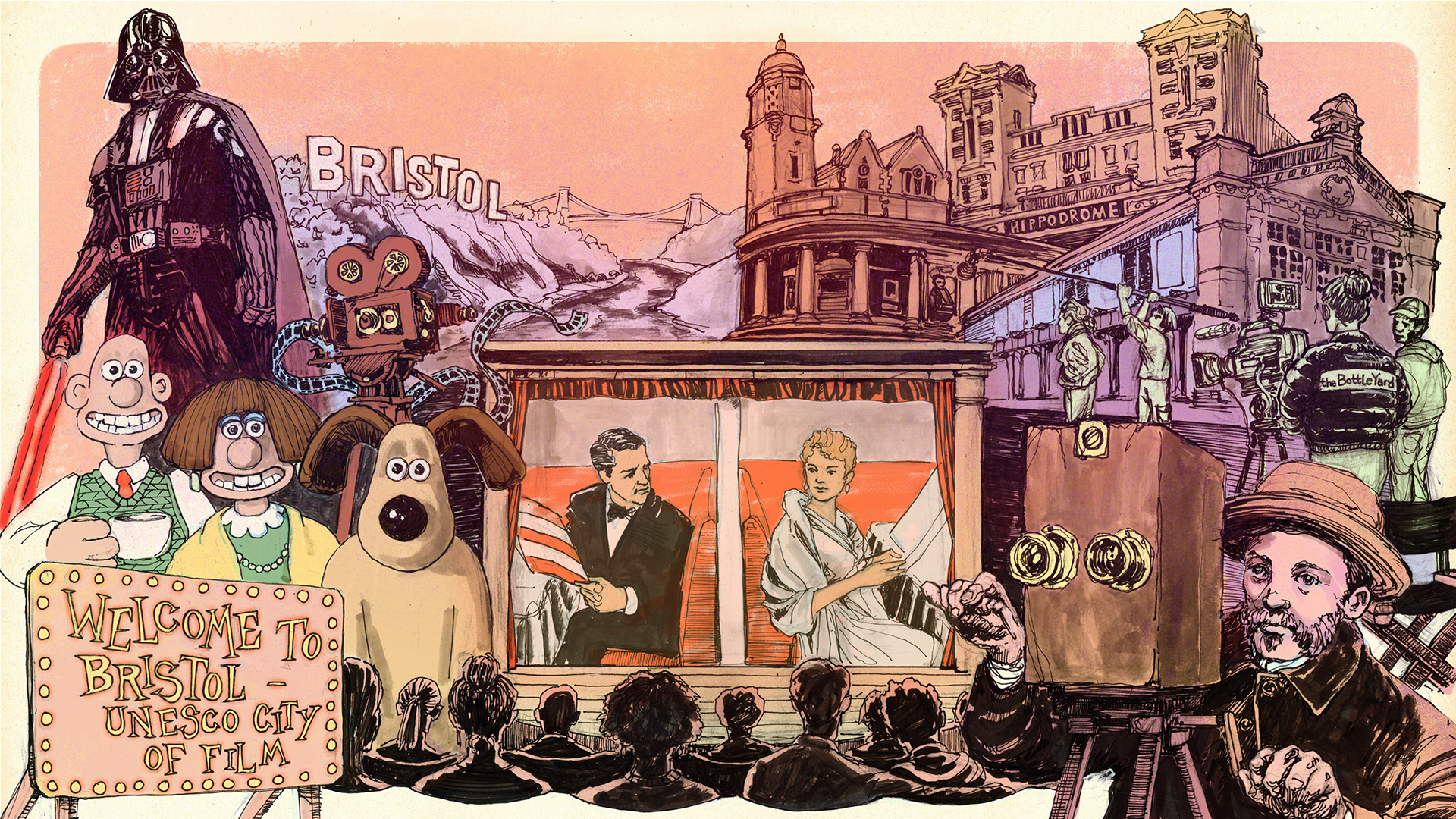 2021 marks the centenary of the death of Bristolian inventor William Friese-Greene (1855-1921), pioneer of early motion pictures.

To mark the date and celebrate Bristol’s many modern-day film credentials, Bristol City of Film and Bristol Ideas present Film 2021, a year long programme of activities supported by a city-wide partnership of Bristol’s film studios, cinemas, filmmakers and festivals.

Events will include screenings across the city, walking tours exploring cinema buildings, photography exhibitions, talks and panel discussions, and the launch of a special publication recounting the public’s memories of cinema-going throughout the past 70 years.

A special Film2021 illustration (left) featuring some of Bristol’s has been produced by Willem Hampson, freelance illustrator and UWE Bristol graduate. It features Friese-Greene with one of his experimental cameras alongside a number of Bristol’s other best known film landmarks and figures, including Bristol-born Cary Grant and Bristol-educated Deborah Kerr in ‘An Affair to Remember’; Bristol-born David Prowse as Darth Vader; Watershed; Bedminster Hippodrome; Whiteladies Picture House, Aardman’s Wallace & Gromit and The Bottle Yard Studios.