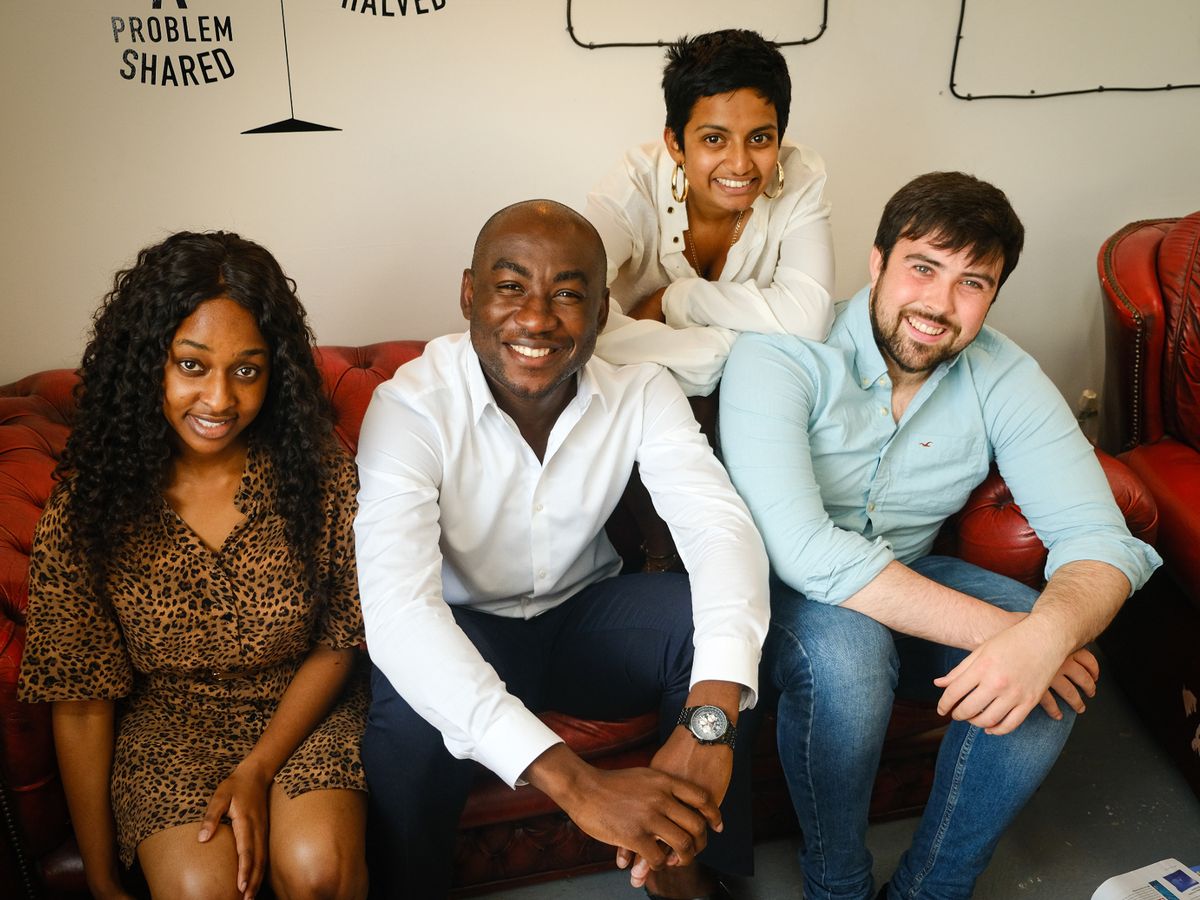 Eddie Bingham (pictured, right) is Communications and Fundraising Lead at Bristol-based social enterprise Babbasa. Eddie describes the significance of the Hear Our Stories short film, which was made as part of Babbasa’s 5th anniversary celebration.

“Produced by Plimsoll Productions, Hear Our Stories tells the stories of ethnic minority individuals who are excelling in Business and Entrepreneurship. All of the professionals are partners of Babbasa.

“The film looks at their childhood adversities, influences through their adult lives, challenges in their career pursuits and what they do/did to overcome them. The collection of short 3-5 minute video biographies were made to inspire, demonstrate resilience and capture the essence of perseverance for its audience.

“The film was made specifically for young people and professionals in business (managers and employers). We decided to commission the film because of two key issues that we noticed while engaging with young people and businesses.

“The first was that many young people from ethnic minority backgrounds feel discouraged from working in a lot of industries because they cannot see anyone who looked likes them in those industries. The second was that businesses are too often surrounded by media stereotypes and biases against people of colour and as a result may suffer from an unconscious bias against young applicants from an ethnic minority background.

“Bristol is a diverse city, and the population of people from ethnic minority backgrounds continues to grow. For that reason, we feel that it’s vital to take intentional steps to engage both businesses and young people in a way that changes perceptions and encourages equal access to opportunities in the city.

“Since the film, we have continued Hear Our Stories as a series on our website. The collection of blogs is a way to share the stories of the young people that we work with at Babbasa. For people who are unfamiliar with our work, it is a great way for people to understand what we do as an organisation, but more importantly readers can see first-hand how talented and ambitious the young people that we work with really are. Readers can also see the kinds of challenges that our young people have faced as a result of their background, and the positive difference that equal opportunity can make to their lives.

“Looking forward, we have an event called ‘Our Bristol, Our World’ coming up on October 22nd at City Hall (click here to book tickets) which is all about young people getting the chance to tell local leaders and businesses what they want and making change happen.  Bristol Mayor, Marvin Rees has confirmed his attendance and called the event “an amazing opportunity” to make sure that “young people’s voices and visions are heard and actually put down on paper for what Bristol will be in the coming decades”.”