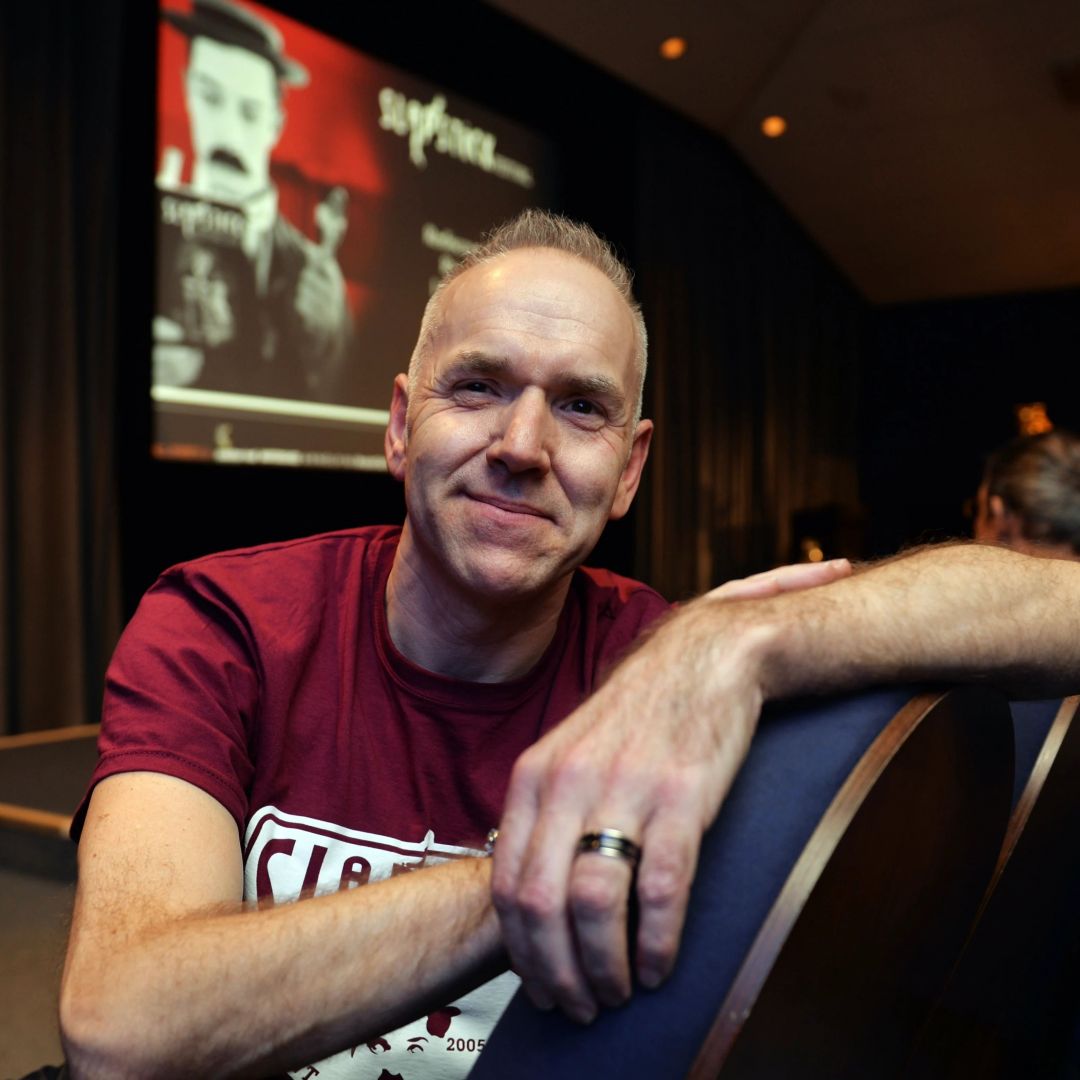 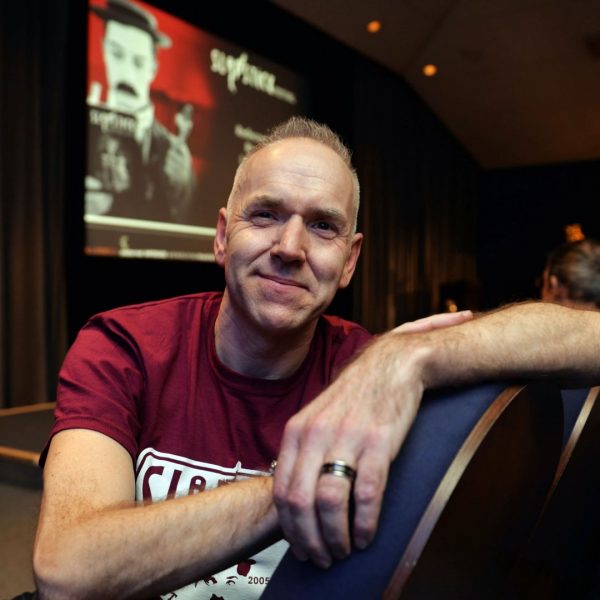 Chris Daniels, Director of Slapstick Festival, Bristol’s annual celebration of silent comedy which has been delighting audiences for more than 15 years, fills us in on the festival’s toughest year yet, as Slapstick Live Online 2021 (1-7 March) triumphantly gears up for launch…

The festival is unusual in that ever since it began in 2005 it has raised the bulk of its running costs itself – thanks partly to the no cost or low-cost input of numerous helpers and to the willingness of many celebrity fans to take part, as event hosts or in fund-raisers.

But a major factor in the festival’s popularity with ticket buyers is that it provides a rare chance to watch old silents as they were made to be seen – on a big screen, with a live musical accompaniment and as part of a packed audience all laughing together.

And, clearly, neither this nor any other Slapstick events, including its income-providing Stand-up For Slapstick gigs or Comedy Legend Award shows would be possible while the pandemic was forcing the shut-down of live entertainment venues, large and small.

Slapstick’s first priority was to keep the idea of the festival alive and help to boost the nation’s spirits.  Enter Laughter in Lockdown – a steady release for free viewing on YouTube of film shot at various one-off special Slapstick events and never before made available to the public.

The series included unique shows featuring the likes of Sir Ken Dodd, French and Saunders, The Goodies and Little and Large, among many others, and proved hugely popular, amassing almost 100k views already and still available.

But free stuff doesn’t bring in cash. And by the summer of 2020, the future of the festival was looking grim, with no money to fund any of the prepping involved in staging a festival screening multiple films from a wide range of international sources in several different venues and requiring specialist kit, technical expertise, detailed research, rights payments as well as publicity costs and accommodation for celebrity guests and musicians.

Faced with a choice of flounder or fight, the festival raised an army – asking its celebrity friends to take part in a crowdfunding campaign in which donors would be rewarded with places at an online variety show: Slapstick’s Big Comedy Night In.

Slapstick was saved but in what form? To find out, visit www.slapstick.org.uk for a link to the Slapstick Live Online programme streaming from March 1 to 7 and featuring all the usual Slapstick favourites, including old films, comedy conversations, artist spotlights, expert talks, live music, famous guests and lots of laughter.

Throughout this whole process, Slapstick has learned the immense value of being based in Bristol UNESCO City of Film and the co-operative ethos it encourages. As a result, the festival has been able to call on many like organisations for help and advice, especially around the switch to increased online activity.

Everyone involved with the festival is looking forward to when live events can be staged safely in venues again but for now is relishing the discovery that there are advantages to being online. One is that the March 1 to 7 edition will be more international than ever before. Another is that the audience promises to be more international, too, with bookings already coming in from many parts of mainland Europe, across the USA and Australia.

Visit www.slapstick.org.uk for the full programme and to book.
Follow @SlapstickFest
#Slapstick2021