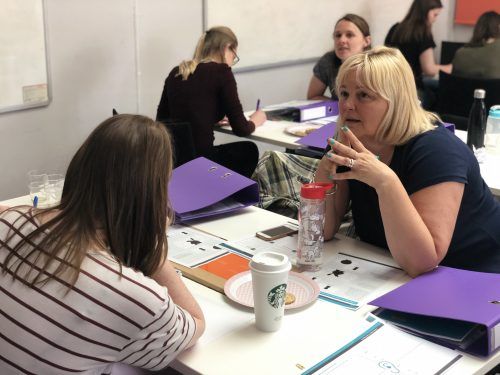 The new academic year may be well underway for students, but this October teachers from ten Bristol primary schools are beginning their own learning journey that will see them become professionally trained to use film as a teaching tool, thanks to the new Film for Learning programme delivered by Into Film and boomsatsuma in partnership with Bristol, UNESCO City of Film.

Film for Learning is a four-year school development project devised by national film education charity Into Film and funded by Paul Hamlyn Foundation, which supports teachers and senior leaders to use film as a tool for learning, with the aim of improving young peoples’ engagement, participation and attainment in literacy. Bristol City of Film is one of just three cities selected (alongside Belfast and fellow UNESCO City of Film Bradford) to take part in the groundbreaking programme.

Ten Bristol schools are participating, with one senior leader and two teachers from each school engaging with the bespoke programme of training, which is delivered by education provider boomsatsuma on behalf of Into Film.

The ten schools are:

Bristol UNESCO City of Film Coordinator Natalie Moore says: “We’re really excited to see this project getting underway. Weaving film into the education experience from an early age has been proven to be fantastically beneficial for young people, so I’m very excited that Bristol schoolchildren will be receiving this experience. Film for Learning has been one of our key priorities from the outset, as embedding creativity into education is a key objective for the UNESCO Creative Cities Network. This programme is creating a strong film education network which will enable Bristol schools to share knowledge and best practise with the schools and training practitioners in our fellow City of Film Bradford, and I’m sure that collaborating together over the coming years will prove to be incredibly fruitful for everyone involved, as well as the pupils that will ultimately benefit.”

boomsatsuma Creative Projects Manager Lyndsay Davies says: “We’re delighted to be working with Into Film to deliver the Film for Learning Project in primary schools. The aim is to empower teachers to embed film resources into their everyday literacy practices. With such engaging and diverse resources available, we hope the project will see students more active in their learning and inspired to know more about film. It’s also fantastic that we have such a wide cross section of schools across the city. One key aspect of the project’s development is that resources and learning will be disseminated to wider school communities. This will allow more Bristol schools to benefit from the project and make the outcomes even more meaningful.”

Headteacher at Knowle Park Primary School Helen Bailey said: “Knowle Park are excited to be working with other Bristol schools on the Film for Learning project. We hope the project will enhance our current curriculum with creative thinking and give our children the opportunity to develop new skills in filmmaking. It will also be a chance for our teachers to work with others across the city and provide collaborative professional development. We can’t wait to get started.”

Nichola Clarke, Into Film Learning Coordinator says: “We are incredibly excited to begin Film for Learning in Bristol, City of Film and to be collaborating with boomsatsuma on the delivery of this exciting new teacher training project in film literacy and filmmaking. We’re looking forward to seeing a positive impact on the literacy and digital literacy skills of pupils from the 10 schools in the Bristol area, and those taking part in Belfast and Bradford, City of Film.”

For the next four years, teachers will receive training from boomsatsuma practitioners from Into Film’s newly developed ‘Film for Learning: Literacy’ training course, which covers core teacher training in film for literacy and curricular filmmaking. They will be supported to positively enhance pupils’ learning by developing methods of using film across the curriculum. Teachers will also be supported to become film leaders within their school, giving them knowledge and confidence to share learning with fellow teachers.

Good luck to all the schools involved in this exciting new chapter!