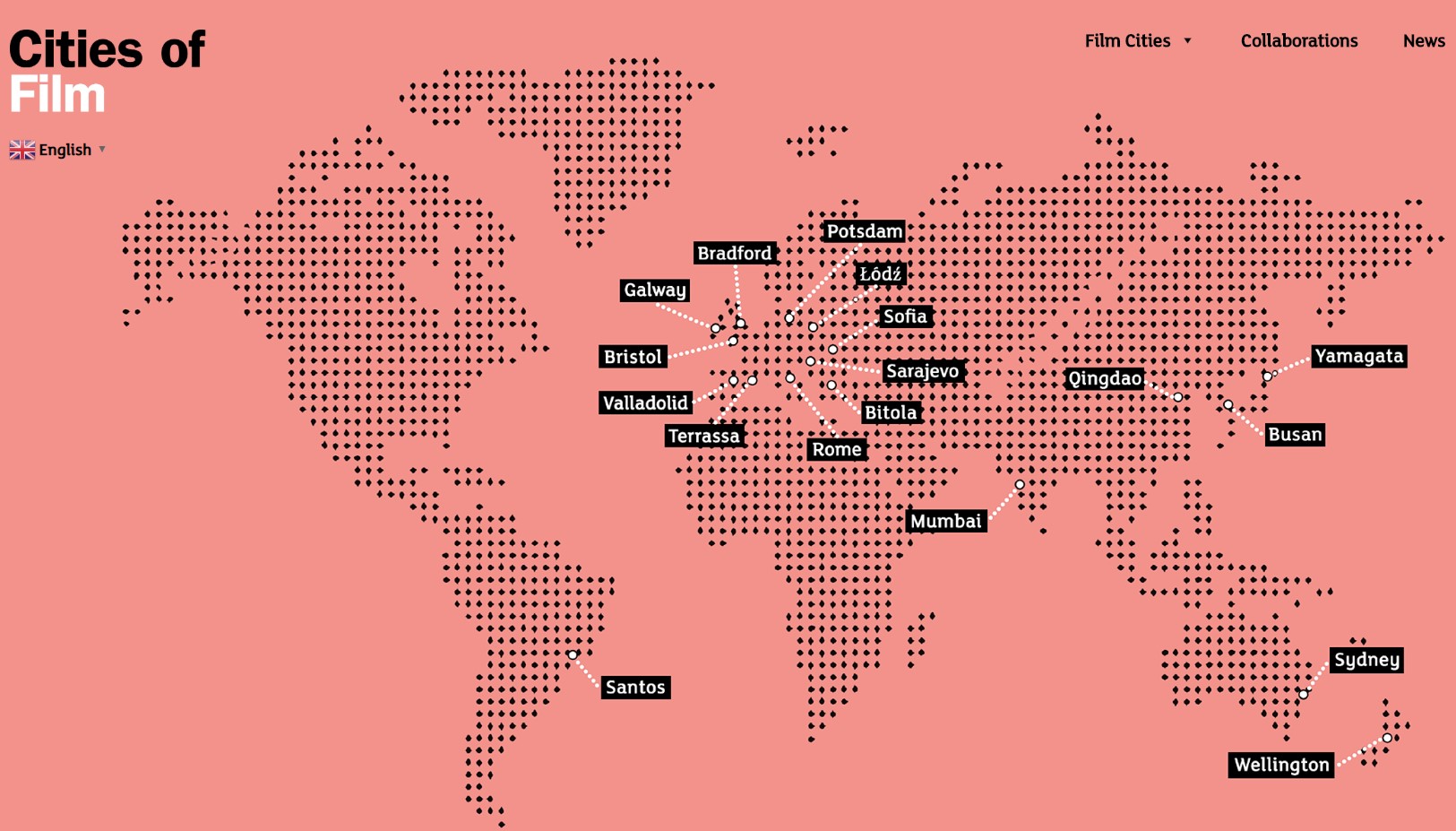 A new website has launched today to connect the 18 Cities of Film that are part of UNESCO Creative Cities Network, in order to showcase the work taking place between the cities and enhance the international collaboration within the network.

Bristol City of Film has led the design and development of the multilingual Cities of Film website (www.citiesoffilm.org), which contains profiles for each of the member cities, examples of key initiatives running in each location and news about collaborative successes and opportunities between member cities.

Natalie Moore, Bristol City of Film, says: “We’re delighted to launch this new website on behalf of the entire Cities of Film network. For the first time we have a single shared platform that anyone can visit, wherever they are in the world, to learn more about how Cities of Film are leading development in film-based learning, engagement and innovation. As an online tool the site will help us work more closely with one another, enhance how we share best practice and create new opportunities to collaborate creatively. Given the challenges we’re all facing in the current pandemic, it’s never been more important for us to stay as connected as possible digitally.”

Grainne Brunsdon, Sydney City of Film, co-ordinating city of the Film Cities sub-network, says: “Whilst our City of Film status helps each member city to champion and develop screen production and screen culture within our own localities, we know that as a network we can be far stronger together than we are individually. We celebrate this new platform and look forward to seeing new collaborations spring from the sharing it will enable, especially as we all work to support creative sector resilience in the challenging economic climate caused by Covid-19.”

David Wilson, Bradford City of Film says: “Since we were named the first City of Film in 2009, the network has grown considerably with five new additions last year alone. As Cities of Film we are all committed to placing sustainable development at the heart of our cultural development, we’re also keen to collaborate together wherever possible. This platform will be a great help in achieving our goals.”

The website is being launched in the week that the 14th Annual Conference of the UNESCO Creative Cities Network was due to take place in the Santos City of Film, Brazil. The event, which is usually attended by representatives from all 246 UNESCO creative cities, has been postponed until later in the year due to the Covid-19 pandemic.

Using the UN Sustainable Development Goals as their framework, UNESCO Creative Cities of Film are committed to delivering meaningful and progressive programmes of work that contribute to sustainable urban development. Examples of initiatives in progress within the Cities of Film network include:

Bristol & Bradford: The Film for Learning initiative in partnership with IntoFilm, Bradford’s Curriculum Innovation Service and Bristol’s boomsatsuma, is training teachers in primary schools to embed film into their teaching practices to engage with young people from an early age.

Busan: The Busan Package Project aims to preserve local films as film heritage for the city and to create opportunities for these films to be introduced on the international stage.

Galway: ‘Northern Peripheries: Galway Stories Through A 2020 Lens’, bringing together young filmmakers from across Ireland and Europe to collaborate in an intensive camp to create a virtual production short film.

Łódź: The National Centre for Film Culture will be an open centre for all who are interested in film, audiovisual culture and film education. Once completed it will be home to three interactive exhibitions, a 3-room cinema and ultramodern library with multimedia workshop enabling access to digital resources of Polish and world cinema.

Yamagata: Yamagata Renaissance Project, aiming to produce a series of films that rediscover the culture of Yamagata such as traditional crafts, tea ceremony and maiko through the eyes of young filmmakers.